For as long as I can remember, I have loved to write. Most kids save their favorite artwork from school; I saved what I wrote. 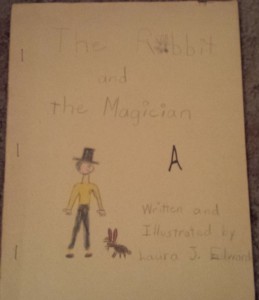 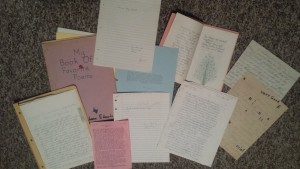 In my early adult years, I invested in a writing course for children’s books. Since my passion at the time was children’s ministry (I later traveled internationally in ministry to children and to hold trainings for children’s ministry), it made sense to put those two loves together. However, for whatever reason, I got down to the last couple of lessons and never quite completed the course. (It may have had something to do with homeschooling four kids at the time… excuse or reality?  I am not sure at this point.)

When my oldest daughter, Becca, was in her mid-20s, we talked about writing a book together. She was diagnosed with cancer at age three, and at that time had her left leg amputated and went through nine months of chemotherapy. In her early teen years, it was discovered one of the chemo drugs had a long-term effect of causing heart damage. In her early adult years, this caused her life to be filled with various cardiac care procedures. We thought it would be interesting to write a book, based on our two viewpoints of having cancer, growing up without a leg, and fighting these heart issues.

But that was never to be. On October 12, 2011, her heart gave out, and she went to go dance on two legs with Jesus, receiving her complete healing from her heart issues as well.

My world came crashing down! I had no idea such suffocating darkness even existed. It took two years just to come out of the blackness to start figuring out how to function again. One night I woke up with a book title in my head, and ideas for chapters. I got up and wrote those things down. Several days later, I wrote the following words as the opening to my first book:

Three years ago today, I buried my daughter. The pain of watching my sons – who were twenty-seven, twenty-two, and sixteen years old – being pallbearers for their sister’s casket is beyond what can be put into words. (I also have a husband and another daughter, who was twenty-five at the time.) Becca was one day short of being twenty-nine years and six months old, and was married, with a daughter who had just turned nine years old.

I continued writing the book here and there. It was extremely difficult to go back and relive so much of the pain that I was finally starting to shed. I planned on learning how to self-publish, knowing that less than 3% of submitted manuscripts get accepted, but God had other plans. At a conference, I met the founder of Morgan James Publishing (New York). He asked me to send him my first three chapters, and five weeks later I was offered a contract! A little over a year later, my book When Tragedy Strikes: Rebuilding Your Life with Hope and Healing After the Death of Your Child, was released to stores across the nation.

Once I began writing, it was like opening a dam. 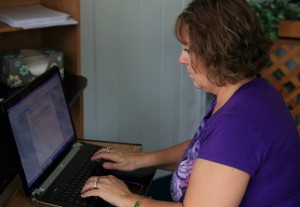 By the grace of God, I wrote five books in thirteen months’ time. And I continue to write, both books and articles.

Way back in those early years, I had no idea my life’s path would bring me to this place of being a professional author and speaker. But God knew.  I believe my writing and becoming an author is a gift from Him, and I am so thankful I unwrapped that gift and put it to use. I hope you are blessed in some way by that gift as well.

Check out my books!

If you would like to have Laura speak at your next event, group or church, check out her speaker page.

Join Us at Our Florida Retreat! 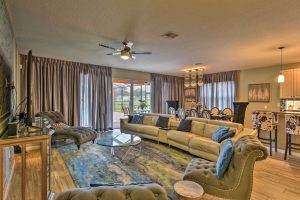