This website or its third-party tools use cookies which are necessary to its functioning and required to improve your experience. By clicking the consent button, you agree to allow the site to use, collect and/or store cookies.
I accept
You are here: Home / Gems from the Crown / Do You Need God to Show Himself Strong On Your Behalf?

For many years I have loved 2 Chronicles 16:9, “For the eyes of the Lord run to and fro throughout the whole earth, to show himself strong on behalf of those whose heart is loyal to him.” It has often been one of my “go to” verses when I have needed Him to step in and “save the day.”

I recently realized this verse is even stronger in its meaning when placed within its context.

Asa was the king of Judah (which was the southern kingdom of Israel after it was divided). A prophet told him in a Scripture familiar to many of us, “The Lord is with you while you are with him. If you seek him, he will be found by you; but if you forsake him, he will forsake you” 2 Chronicles 15:2. (By the way, Asa was also the king that was told the familiar Scripture, “be strong and do not let your hands be weak, for your work shall be rewarded,” 2 Chronicles 15:7.) 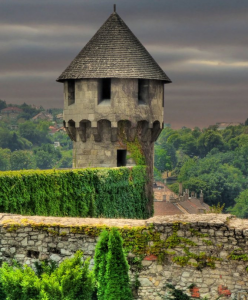 Asa took God up on that, and was a good king, doing what was right in the eyes of the Lord, removing the altars of the foreign gods and causing Judah to go back to seeking the one true Jehovah God. This gave him God’s blessing and favor in his life. God gave his kingdom rest on every side, and they were able to build up their cities and prosper.

Then one day, an army of one million men from Ethiopia came against him. Asa’s army only had 580,000 men.

I am sure at this point, he remembered something that happened to his dad, King Abijah. An army of 800,000 men from the kingdom of Israel came against Abijah’s 400,000. The attacking king split up his troops and set an ambush behind them, so Abijah and his army were surrounded. In other words, there was no hope for their survival. But God Himself struck the attackers, because Abijah and the people cried out to God for help.

So now it is Asa’s turn, and he cried out, “Lord, there 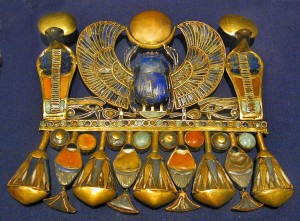 is no one but You to help in the battle between the powerful and the weak. So help us, O Lord God. For we trust in You.” (2 Chronicles 14:11). Once again, the Lord Himself struck the enemy, and the nation of Judah prevailed. Not only did they prevail, but they plundered all the spoil of the enemy!

Let’s go forward a few years. Israel is coming against him like they did his father. But this time, instead of seeking the Lord, he contacted the king of Syria, giving him gold and silver from the treasuries of the house of the Lord and of his own house, to get Syria to come help him fight.

They won the war, but a prophet was sent by God to give King Asa a message. First, Asa was reminded how God delivered them from the Ethiopians a few years earlier. And next is when the prophet spoke the words, “The eyes of the Lord run to and fro throughout the whole earth, to show himself strong on behalf of those whose heart is loyal to him.”

Because Asa had been foolish, and not looked to God as his source of help, he was told from that point on there would always be wars for him. Asa didn’t like that word from God and had the prophet thrown in prison, but that did not stop God’s word from coming to pass in his life. 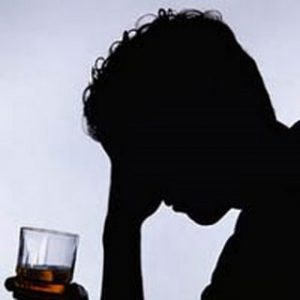 So being told God is searching the earth, looking for those who are committed to Him, is in the context of somebody being reprimanded who knew better, but did NOT seek the Lord. It was spoken to someone who had seen God’s hand of faithfulness more than once, but for some reason failed to trust God at that specific time of opposition.

The hardest battle I have ever found myself in was the death of my oldest daughter, a little over four years ago. It took me to a very suffocating dark place. Most parents stay in that place for many years, and some never fully come out of it. It was definitely something that was beyond what I could fight for myself, and the enemy was lined up against me to keep me there in defeat.

Most Christian parents who lose a child are extremely angry at God for not stopping the death of their child. And it becomes even worse when they hear someone give a testimony about how God miraculously spared someone’s life. “Why didn’t He do that for my child? What kind of a God is He, that he would let that person live and let 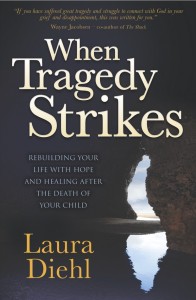 If I wanted to survive this battle, and not only survive but take the spoils of the enemy, I had to cry out to God. And I did. For hours and hours, for days, weeks, and months on end, I cried out to God to pull me out of this black pit that I had been so horrendously thrown into, and to defeat the enemy staring me down.

Somehow I knew, groping around in the darkness, that my only hope to come out of that black pit was by asking Him to come down there with me and fight on my behalf. (And wrote about my battle in a book being published by Morgan James Publishing which will be out in stores July 2016.)

I realized quite early in my life that it doesn’t do any good to fight against God.

Even though there may be deep wounds caused on the battlefield, God can use those wounds in a way that makes us stronger, also causing us to have a greater trust in His love for us, and be more in love with Him after each battle. The victory may not look like what I thought it was going to, but I can usually see where His battle plan really was better than mine. And I have discovered that any wounds I suffered were worth the personal victories I gained.

What battle are you are facing today, this week, this month, or this season of your life?

Don’t be like Asa and think this one is just too big for God. Remember, He is actively searching for those who are in a place that is impossible to get out of in their own strength and in their own wisdom.

And don’t just sit around blaming God that you are surrounded. Instead, invite God onto your battlefield. He has never lost any war He stepped into, and He is not about to start now!