This website or its third-party tools use cookies which are necessary to its functioning and required to improve your experience. By clicking the consent button, you agree to allow the site to use, collect and/or store cookies.
I accept
You are here: Home / Expressions of Hope / Frogs and Faith in a Time of Tragedy 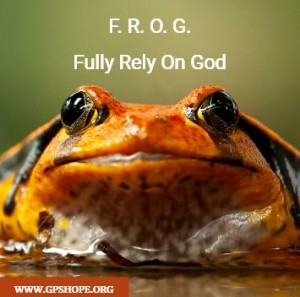 It all started when one of my best friends was diagnosed with stomach cancer. She was several years older than I, but I loved her as my sister! We always laughed together, shared life together, and we could talk to each other about anything! She was the perfect friend in so many ways. Then the cancer came…

The day she had her first biopsy done, I had to be there for her. I wouldn’t have missed it for the world. I know she would have done the same for me. I prayed the whole time I was in the waiting room. For weeks before this, she would tell me things about her health, and I would tell her that she needed to consult with a doctor; 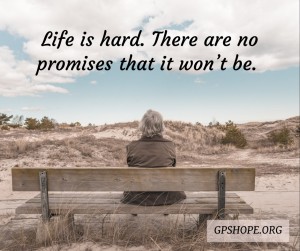 I just knew something was wrong! But she was bullheaded, and insisted that she didn’t need to see a doctor. Then, here we are waiting to see if she had cancer. I really, honestly couldn’t believe that we were at this point…cancer is such a scary word!

A few days after her biopsy, she heard the word “cancer” for the first time in her life. If it had been me, I would have fallen apart at that time in my life. But for Irene, it was a totally different story. She had complete faith in God that He would get her through this!

Every time I would ask her if she was afraid, she would always tell me, “Why would I be afraid? I serve a Big God, and He loves me! He’ll walk 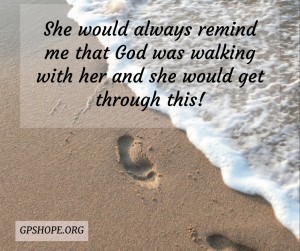 me through this! I fully rely on Him!” And she truly meant it! She went through some of the hardest times she’s ever been through once she began chemo. She struggled with much pain and sickness! But each time I would ask her how she was doing, she would always remind me that God was walking with her and she would get through this! Her faith in Him was amazing, and so encouraging! She was able to witness to many people during this time. God used her in ways she never dreamed of before, through this ugly word called cancer.

Irene died less than two years after her diagnosis. The day before she died, I went to see her. She was pretty much out of it, and was unable to talk to me, let alone know that I was there. As I stood by her bed, I held her hand and thanked her for being such a strong influence of FAITH in my life! She truly showed me what it meant to F.R.O.G., (Fully Rely On God) even during the toughest of times!

Life is hard. There are no promises that it won’t 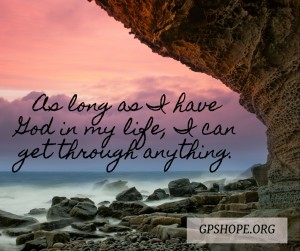 be. Life happens, and sometimes the things in life that happen are very hard! We keep thinking there is NO way that we will ever get through it. But, my faith today tells me that as long as I have God in my life, I can get through anything. He will always be there with me to walk me through the darkest of times. He will never leave nor forsake me. Even when we don’t feel Him, He is still there, watching over us!

Maybe the next time you see what looks like a silly little frog, it’s actually God’s way of reminding you that He is with you, and that you can fully rely on Him!

Christi Wilson is the Administrative Assistant for GPS Hope, and also a fellow pareavor, having faced the loss of a child during pregnancy. You can find her at www.AtHomewithChristi.com.

To have a printable list of 36 Scriptures of Hope sent directly to you, just fill in your first name and email address, and we will get it right out.

GPS Hope exists to bring hope to parents who have suffered the death of a child, acknowledging their unique grief with support, connection and education for them and those around them.