This website or its third-party tools use cookies which are necessary to its functioning and required to improve your experience. By clicking the consent button, you agree to allow the site to use, collect and/or store cookies.
I accept
You are here: Home / Gems from the Crown / Giving Yourself the Gift of Forgiveness Part 1

Abuse, abandonment, rejection, not understanding, piercing words, false accusations…the list is endless of how we are hurt by those around us. Let’s get right to the point!
Unforgiveness can completely paralyze a person. And there are so many different paths unforgiveness can take. We might need to forgive

•Other people for physical, emotional, and/or spiritual abuse
• God, for allowing something to happen (or not happen)
• Ourselves, for a whole variety of reasons
• You may even have to forgive someone for dying and leaving you here without them 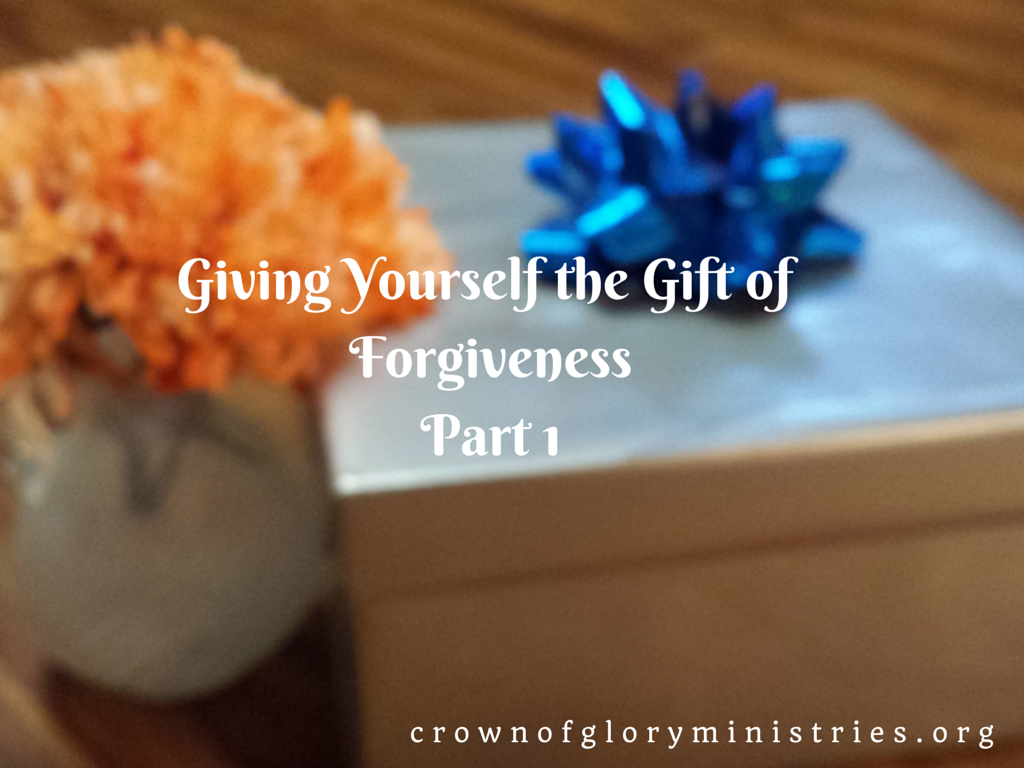 Let me share with you an area in my life, where I need to live in a place of forgiveness for an issue that runs very deep in my family.

When one of our sons was just becoming a teen, he got involved in something that wasn’t good. We found this out because he came to us himself. He felt trapped and wanted to be released from it. This led to involving a counselor, which eventually led to having the law involved. (I was “tipped off” by a case worker, so I could rush to pull him out of school and drive him to the sheriff’s department to turn himself in, to avoid a public arrest. THANK YOU!)

This started us on a path we never dreamed we would be on. And it also unfortunately showed us firsthand how the justice system is so messed up.

There was a six month investigation to prepare for a trial, and during that time, our son was locked up in the county juvenile detention center. Every afternoon I would go sit in a tiny cubicle with my son on the other side of the glass, and every evening my husband would go visit him.

There was no question that my son, who was now living in the detention center, was guilty of something. (Remember, he was the one that started this whole thing, asking for help.) In our being naïve and believing the system wanted to give our son the help he came forward asking for, Dave and I were totally open and honest during the investigation, not knowing our own words would be twisted and used against him. Unfortunately, we were unaware that from the very beginning the county wanted him incarcerated. It was all very political and devious.

There was overwhelming evidence presented to the judge against sending

him to the state juvenile correctional facility (which is a nice way of saying “juvenile prison” including double gates, barbed wire, and guards). This included a professional psychologist who works with criminals in that specific area, is highly respected, and is put on the stand in courts around our state. He evaluated our son and testified that he was not a criminal. He could see there were some triggers in my son’s life that caused him to commit this crime, and once the triggers were dealt with, he would be fine, but there was a high risk of an incarceration turning him into an actual criminal. There were stacks of letters from people giving strong character references like his teachers, our pastor, a neighbor who was involved on the victim end of his crime, and even officers from the detention center (saying he was a really good kid and they should not risk messing him up by locking him up with criminals – he just needed some in-depth counseling in this one area).

Our lawyer had contacted two boys’ homes, asking them if they would do an evaluation to admit our son in their program, as an alternative to being locked up. Instead of responding to our lawyer, one of these places called the prosecuting district attorney to say they would not take our son. Now why would they call the DA to tell him that, when WE were the ones that requested the evaluation? Like I said, it was political and devious…

The judge himself wanted to send our son to one of these boys’ homes instead of a correctional facility. During the trial he even requested a phone be brought to his bench so he could talk to the facilities directly and find out why they would not take him. One facility gave a legitimate reason (they didn’t have a proper program at the time) but the one that called the DA gave the reason that our son was too large and intimidating to be with the other boys. (Really??? He was “towering” over me at the time at a full 5’5” And yes, I typed it right, five feet and five inches). Even though they had a bogus reason, it was a reason, and they refused to take him.

the state juvenile correctional facility and locked up. That guilty verdict manipulated by the county affected him during his two years of incarceration, affected the process of his release, caused him to be on an ankle bracelet for a season, affected the course of his life with decisions forced on him by a parole officer, and there are direct parts of it that still affect him over a decade later.

Not only that, there were some important events in our family that happened during the time of his confinement.

Our oldest daughter got married, and our son was not able to be at his sister’s wedding because of his incarceration. It was a very bittersweet day, and when the photographer called the bride’s family to come up for pictures, our daughter said she didn’t want them because her brother wasn’t there; we all agreed. (He was eventually allowed to watch the video of her wedding with an officer sitting next to him.)

Several months later the same sister was in a literal life-and-death situation with her heart during the pregnancy and birth of her first child. He was not able to be with the family through that time, which was hard on all of us.

While locked up, he excelled in his classes and actually graduated early at 17. But there was no graduation ceremony where we could go and celebrate with him. However, we were given a photograph of him in a cap and gown holding his diploma…um…thanks?

I am so very thankful that during his time of being in the correctional facility, he took responsibility for his actions that placed him there, and he did not allow being in that kind of an environment to corrupt him. When the judge sentenced him, he looked at my son and said, “Son, your strong faith will get you through this.” And it did.

This is a part of our life that we can never get back, all because of a political system overstepping the justice system. (Our county could brag at how tough they are on this kind of crime) and because they didn’t want to have to deal with all the cost and paperwork that would be involved in the following couple of years as he received treatment in a boy’s home. (Being incarcerated meant that he became the state’s finance and paperwork issue. I say that because it was actually brought up by the county prosecution to the judge as another reason for choosing the specific guilty verdict that he ended up being given!)

I think it is easy to see that if I did not choose and force myself to forgive those involved in this huge messing with our lives, that I would be a very angry and bitter woman. And in the natural, I think I have a right to be, don’t you?

Thankfully, I have learned that forgiveness is not based on our rights. It is a choice we make in the face of being wronged!

When it comes to the depth of our painful circumstances, we can find we don’t have what it takes within ourselves to forgive. But God already knows that, and he has made a way for us to be able to forgive in His strength, which is a strength far beyond our own.

You have one of two choices to make. You can keep dwelling on how you were wronged and hurt, giving yourself all the reasons why you have the right to remain bitter and why that person (or system) does not deserve to be forgiven, or you can choose to release that person in your thoughts and tell yourself you choose to forgive, smack dab in the middle of that wrong. And yes, I know it is so easy for me to say, but so very hard to do!

In the next blog, I will share some specific things to help you get to this place of actually doing it.

But in the meantime, if you have someone you need to forgive, and you are ready to take the first step of wanting to make the choice to do so, write in the comment below, “I choose to forgive!” (And I will join you.)