This website or its third-party tools use cookies which are necessary to its functioning and required to improve your experience. By clicking the consent button, you agree to allow the site to use, collect and/or store cookies.
I accept
You are here: Home / Gems from the Crown / Seven Ways to Help You Find Your Royal Identity~~

This may surprise you, but I need to start by saying, I don’t believe God has created any of us with just one “royal identity” or one main purpose for God’s Kingdom (…and we’d better figure out what that is and do it!).  I believe God creates each one of us as a unique gift to the world, making us “multipurpose” beings, which flows from the seasons of our lives.  But I also believe underneath that flow, there is a foundation that all those purposes stand on; a common thread that ties them all together. 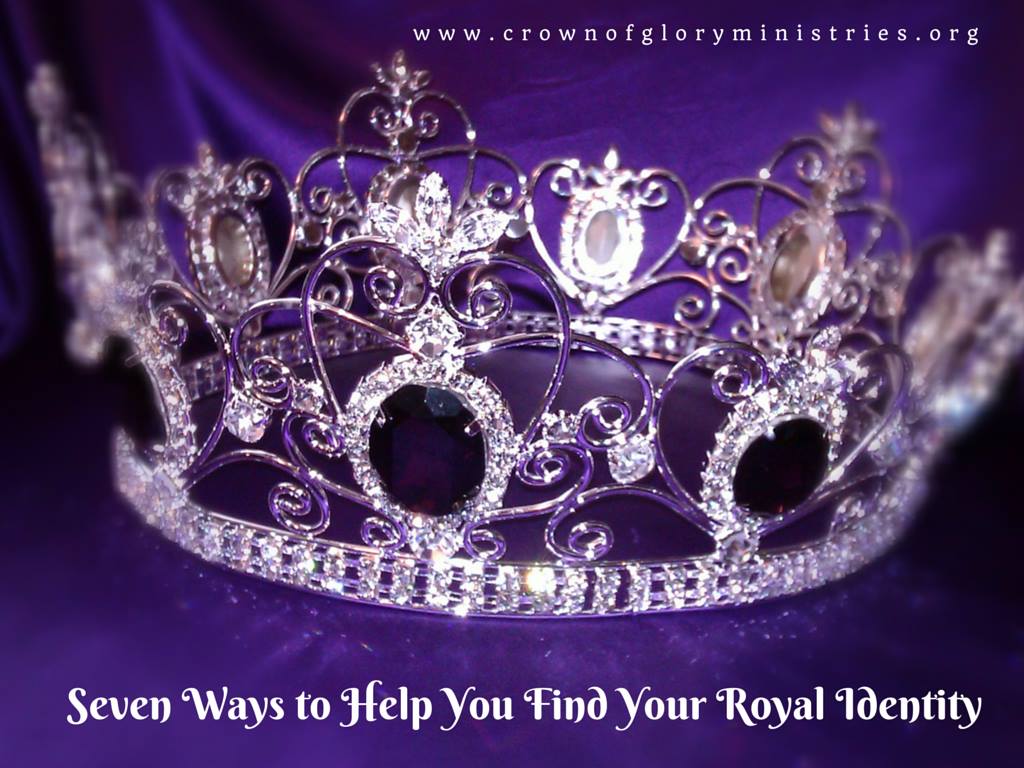 We all go through seasons.  I believe God uses each season as a time of learning, to prepare us for the next season He will be taking us through.  I also believe each season is a reflection of our Kingdom identity.  In all of these seasons, there is usually an underlying purpose that will manifest as a thread of our royal identity.

Some seasons are obvious, and a bit on the permanent side (such as being a parent).  Other seasons can be either much shorter, or not so obvious, as in the life of Cody, who is a furniture salesman while starting his own website business on the side, coaches his daughter’s T-ball team, and is part of the local jail ministry.

The first 20 years of my adult life was focused on ministry to children in various ways, and I was even a leader in an international children’s ministry for 10 years.  At that time I also started 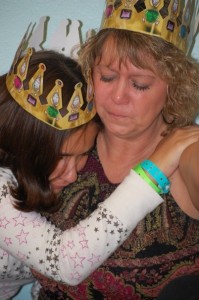 training those who minister to children.  I thought ministry to children (directly and indirectly) was my life-long calling.  But in 2014 God shocked me by calling me beyond that, which is when I began to fully step out into Crown of Glory Ministries, followed by the launching of GPS Hope: Grieving Parents Sharing Hope.

The season (or function) of my calling shifted, but the actual calling itself – my Kingdom identity – has remained the same.  Underneath all of it – the common thread of my royal God-given identity – is to encourage and equip the body of Christ to find their rightful royal place in God’s Kingdom.

I have discovered there are seven things you can ask yourself, which will give you major clues to know the unique calling God created for you.

I highly recommend actually writing down the answers to each of these questions.  You will be able to see in black and white, right in front of you where the common thread runs.

Did you notice I only gave you six questions?  The seventh is what I personally find as the most intriguing and the most blatant clue.

Our culture has lost the importance of the meaning of names.  God takes it very seriously though, as seen throughout the Bible.  Even if your parents did not acknowledge God when you were born, there is a reason you have the name you do.  If your name has a negative meaning, ask yourself what is the opposite of that meaning?  This is usually an insight into your Kingdom identity, revealing what the enemy was trying to keep you away from fulfilling.

Cody literally means “helper”.  Guess what my name Laura means?  Victory! (It is taken from the laurel wreath

crown given to victors in the Roman times.)  That is definitely a statement about who I am!  My husband is David, and means “beloved”. His whole life he has been determined to love others

unconditionally, according to how God defines love in 1 Corinthians chapter 13, even before he knew what his name meant.  Amazing isn’t it?

Most names have more than one meaning, based on the different languages.  Keep looking until one just makes your spirit leap, and you find yourself shouting, “Yes!” That’s who I am!” (Or you find a meaning that shows exactly what the enemy has hit you with your whole life, which means you now know your Kingdom identity is just the opposite, and you can start claiming the truth over yourself.)

After gathering all the information you can from these seven clues, lay them all out before God.  Spend time sitting quietly, asking the Holy Spirit who lives inside of you to reveal the common thread.  Allow Him to whisper from within you to your very being – your spirit- what your royal identity is.

God is a perfect Father.  I fully believe He wants His children to live from the knowledge that He created each one of us as a unique gift to the world, as a “multipurpose” being.  He is also a faithful King, and once again, I truly believe He wants you to know how He wrapped up all that special uniqueness with a beautiful Kingdom bow, to give you the gift of your Royal Identity.

So how about you?  Do you believe God wants to show you your royal identity in His Kingdom?  Why not start by finding out the meaning of your name.  Post below in the comments your name, what it means, and how you see it as a clue to your royal Kingdom Identity.