What would your life look like if you were walking in God’s Divine favor? In Luke chapter one, we read about how an angel appeared to Mary, announcing to her, “Favored one, the Lord is with you.” What was that favor from God going to look like?

She was going to have a child out of wedlock. She was going to be shunned by her friends and family because of it. As a matter of fact, according to the Old Testament law (which she was under) Mary could be stoned to death. Does that sound like God’s favor to you?

Gabriel wasn’t telling her, “God just wants you to know how much He likes you. He favors you. He’s for you. Now go live a happy life with no more problems.” This visit was about a reality that would change Mary’s life forever in an unimaginable way. This event in her life did not seem to reflect God’s favor. Instead, it put her in a terrible circumstance.

Let’s look at some other people in the Bible who had the favor of God.

We can see from all of these examples that God’s favor can actually be dangerous. God’s road to His Divine favor can be accompanied by difficulty, hardship, persecution, pain, deep pressure, trials, and tribulations. 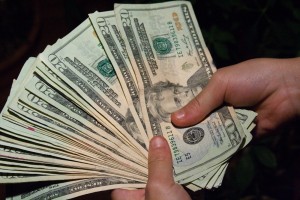 Does that look like our definition of favor? When we ask for God’s Divine favor, our mind goes to things like not being in financial difficulty, not having health issues, not having our children wandering in sin, and on and on it goes. And there is no question that God wants to, and will do those things for us.

However, there are two ways God can receive glory from our lives.

What was Mary’s response to the angel after she was told being favored by God meant she was going to be an unwed mother, carrying God’s son? “Behold I am a servant of the Lord; let it be to me according to your word,” Luke 1:38.

What people saw in Mary’s situation was not good at all. But what they didn’t understand was that Mary’s situation was actually because she was “highly” favored by God, as the child in her womb was conceived through the Holy Spirit and was God Himself coming to earth as a baby.

We cannot live and walk in fear of what God’s 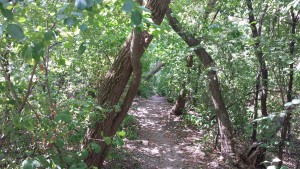 favor might look like to those who don’t understand, and who might even mock, criticize, and judge us. We need to learn to walk in faith, trusting God with full surrender in whatever it is He wants to work into our lives. That does not mean it will be easy, but we can be confident that we will be enabled with His strength, wisdom, and guidance.

When Mary met up with Elizabeth, she didn’t sob on her cousin’s shoulder and ask, “Why did I ever tell God I would do this? This is horrible! I can’t believe God is putting me through this. What kind of a God would do something like this to me, making me an outcast to my family and to society?” No, her response was breaking out into song. “My soul magnifies the Lord, and my spirit rejoices in God my Savior, for he has looked on the humble estate of his servant. For behold, from now on all generations will call me blessed: for he who is mighty has done great things for me, and holy is his name. And his mercy is for those who fear him from generation to generation,” Luke 1:46-50.

Are you in a difficult position? Is God’s favor the last thing you see in your situation? Guess what? You may be right where God has put you, because His favor is on you. Since when does God do things the way we think He should do them? How often has God stepped in to do something in your life that looked totally different than you thought it was going to look? My guess would be a lot. And living in His Divine favor is no different.