This website or its third-party tools use cookies which are necessary to its functioning and required to improve your experience. By clicking the consent button, you agree to allow the site to use, collect and/or store cookies.
I accept
You are here: Home / Authority / What I Have Learned About Submission After 31 Years of Marriage

A Marriage that Stands the Test of Time

It was a holy moment in time, but I was so young, I didn’t understand that part of it.

Thirty one years ago I walked down the aisle and gave myself to Dave Diehl, and he gave himself to me (on April 28, 1984).

God made the two of us one that day, but it has been up to us to live that oneness out, in cooperation with Him.  I will be the first one to admit how much of a challenge that has been for me at times. 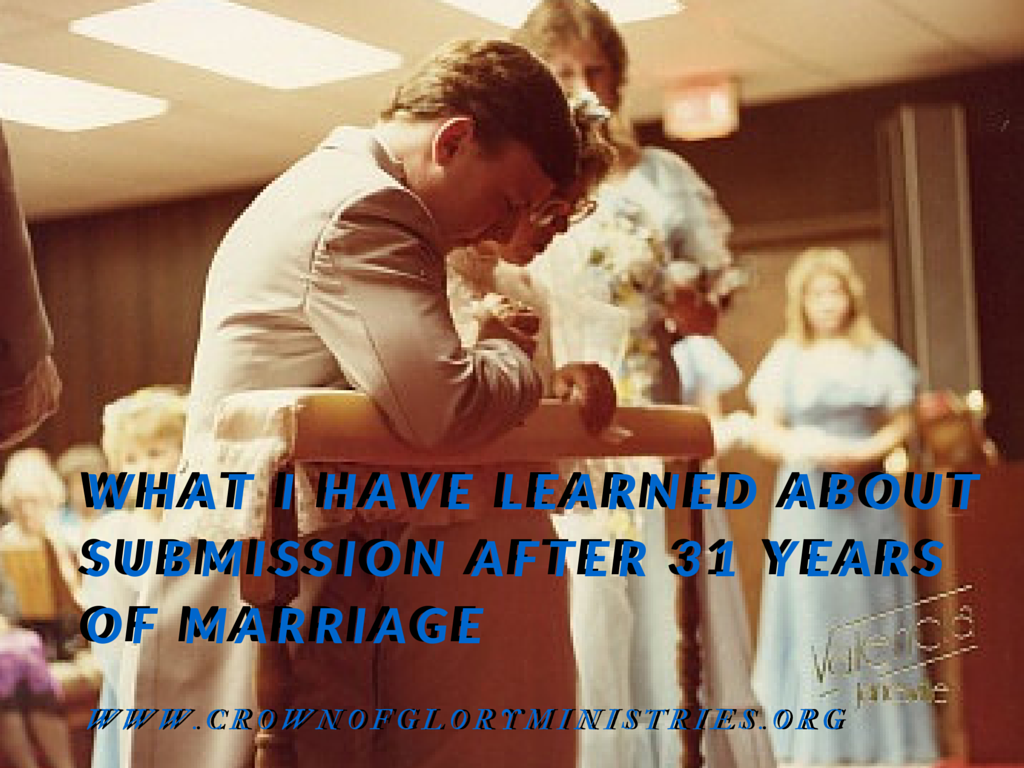 I want everything done the right way (meaning “MY way”).  Can anyone else relate?  I have had to learn how often there is no right or wrong way.  It is just a different way.

And even more importantly, I have had to work through the true meaning of submission in a marriage.  Most of us are familiar with the scripture in Ephesians 5 that talks about how the husband is the head of the wife and the wife needs to submit to her husband – some even say obey her husband.

A common interpretation is that it means the husband is the commander-in-chief of the family, and they blindly follow with a “yes sir!” after receiving their marching orders. 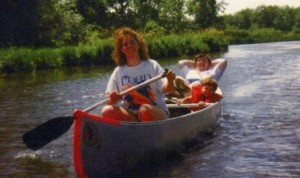 personality of barking out orders and expecting everybody else to follow them?  I was raised with that view of Ephesians 5, and because of that, it is an area I struggled in for years.  There were many times I dishonored my husband because he wasn’t out there in front of us forcing our family into some Christian mold.

Our entire marriage, Dave has walked in love, continually laying his life down for me as Christ laid down His life for the church (also in Ephesians 5 in the same set of scriptures that tells the wife to submit to her husband).

No matter how I tried to guilt him or how I disrespected him, he just kept walking in love.  He has remained patient, and kind, never jealous or envious, never boastful or proud, never haughty or selfish or rude… (1 Corinthians 13).  Okay, he isn’t perfect, doing it all the time, but it takes a lot for him to stray from that and give in to his flesh.

Often love and meekness can be misinterpreted as weakness.  I am very sorry to say that I was guilty of that misinterpretation for a long time, and it affected our marriage.  In Ephesians 5:33 I am told to respect my husband.  As long as I misinterpreted the Scriptures to mean my husband was supposed to have a stronger personality than me, taking authority by putting his foot down and telling us what-is-what (especially spiritually) I struggled.

Doesn’t that sound crazy?  But that is exactly what many of us wives think our husbands should do, according to the Bible.  Wow!  Is anyone else seeing something not quite right with this picture?

Praise God for always being willing to open our eyes to see truth when we truly want to see it.  A few years ago my eyes were opened to see how a marriage that is functioning in the fullness God intended for it to be, is a marriage that is in co-submission.  As Dave says, “A Godly marriage is both people coming under submission to the Holy Spirit in each other.” 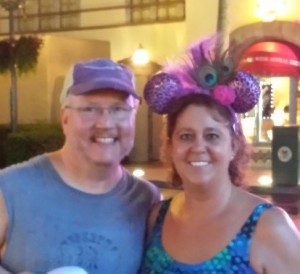 It is said that we are usually attracted to someone who has an opposite personality than us.  So if the husband has the strong personality, he is usually attracted to a woman who is on the quieter side.  It is just a natural desire of wanting some balancing in our lives that attracts us to that person with an opposite personality.  So what happens when the woman is the one with the strong personality, and the husband is the one on the quieter side with the serving heart and who has a calling to support others?

Dave and I have discovered through experience (unfortunately) that often times those marriages are mislabeled as the wife having a Jezebel spirit.  That happened to us, and that mislabel tried to destroy our marriage.  But it is also what finally opened my eyes to see the truth of Ephesians 5, and to learn how to walk in the fullness of it.

There were many years of struggle, caused by my misunderstanding of expecting my husband to get in front and drag me and my family where we should be, instead of allowing Dave to be who God created him to be within our marriage, as a laid-back, calm, supportive person.  Even so, I still knew better than to be rebellious and go against what he would want me to do or not do.  Were there times I got in the flesh and tried to manipulate my way into what I wanted?  Definitely.  But that was my own battle with my own flesh, not what has been mislabeled as a Jezebel spirit. (If you want to see what Jesus himself says is a Jezebel spirit, you can read it for yourself in Revelation 2:20.  It has nothing to do with a woman controlling, manipulating and usurping the authority of a man in the way it is used and abused in the church today.)

My husband has always nourished me and cherished me.  He has never put demands on me or coerced me to do what he wanted me to do out of anger or intimidation.  And he has never hit me over the head with Ephesians 5, telling me that my role in the marriage is to submit to him no matter what.  By the way, true submission is an act of my will, not being forced to obey like a parent with a child.

Woman was created from the rib in Adam’s side.  It was the curse that put man as a ruler over women (Genesis 3:16).   I am a helpmate to my husband, walking side-by-side with him.  Neither one of us is in front with the other behind. 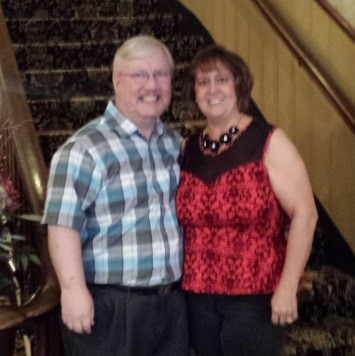 So here I am thirty one years later from that day I said “I do” to my new husband, in a vow before God.  I sit in complete awe and amazement at what God has done in our lives, and in our marriage.

I am thanking God for this holy union; for it is truly holy, as God Himself is in the center.  My husband has made sure of it, beyond what myself or “man” may think or misinterpret as truth.

If you find yourself in the situation I was for many years, take it to God and allow him to show you truth.  Open the word to Ephesians chapter 5, realizing that all the numbers for chapters and verses was put in there by man as a point of reference.  God did not put in those separations.  So instead of reading it based on the heading someone decided to put above a section, or reading it by separating each verse by the numbers in front of it, read through the entire chapter five so that you can read it in context and just flow right in to chapter 6. (Or read the entire letter written to the Ephesians since it really isn’t that long.) Read it like it was written with the flow of the Holy Spirit through the whole thing, not chopped up by chapters, verses and headings.

One thing you will discover is that right before God tells wives to submit to their own husbands as to the Lord, He says to submit to one another in the fear of God.  Submission is something God intended to be a two-way lifestyle.

My husband has been a living example of that for 31 years.  Crown of Glory Ministries would not exist if he took a dominating role in our marriage, forcing me to submit to what he wants, making me take a back seat to himself.  Dave takes seriously the fact God says he is the head of our marriage.  That is why he prays and allows God to lead our marriage, and why he has gotten behind me, helping to release what God put in me as a front-line minister of the gospel.  And I pray, just like his parents, we are only half way there, and will have another 31 years to live out this incredible life of love, co-submission, and holiness in our marriage.

I would love to hear from you.  To those with a marriage like mine (with the strong out-going wife and the calm and reserved husband) has this been a new revelation on how blessed you are to have your husband just the way he is?

I would also love to hear from those of you who have seen this truth of co-submission at work in your marriage.

Please note: I understand there will be those who disagree with this.  If you want to express your disagreement in the comments below I respect that.  However, I reserve the right to delete any comments I feel are inappropriate, full of anger or malice, or do not serve the purpose of encouragement and edification.