This website or its third-party tools use cookies which are necessary to its functioning and required to improve your experience. By clicking the consent button, you agree to allow the site to use, collect and/or store cookies.
I accept
You are here: Home / Gems from the Crown / Two Keys to the Power of Your Hidden Authority

Hidden authority sounds kind of like an oxymoron, doesn’t it? How can we have authority if it’s hidden?

What about a teacher and her authority over her classroom? If her authority was hidden, then her students would just run over her, and the classroom would be in total chaos. How about at work? Your boss has the authority to fire you; he has the authority to tell you what you should be doing (or shouldn’t be doing) at work, and obviously his authority is not hidden. And some bosses are pretty good at letting you know just how much authority they do have over your life at work.

The authority I want to look at though, is our spiritual authority.

Colossians 3:3 talks about our life being hidden with Christ in God. In that place, we are one with Jesus, inside of the Godhead. I see this as part of the intimacy Jesus was praying for in John chapter 17, when Jesus prayed for us to be one with Himself and the Father, like He is one with the Father.

I like the way the Message Bible puts this scripture in Colossians. It says, “Your old life is dead. Your new life, which is your real life, even though invisible to spectators, is with Christ in God. He is your life.”

We are hidden in Christ, and that fact actually gives us authority. I want to share a couple of specific keys of authority that are given to us, within that hidden place. 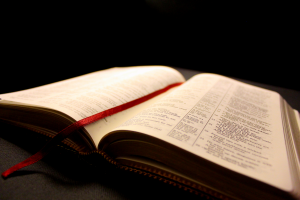 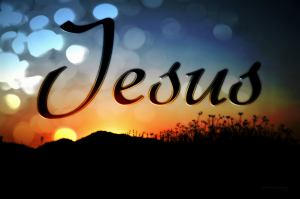 I’ve had the blessing of doing a lot of international traveling (especially in Africa), as well as here in the United States. There are times I have had to cast out demons. (I don’t want to freak anyone out, but casting out demons is something we are told to do as believers.)

I remember one time in particular when there was demonic manifestation in a young lady. I started to pray for her and command it to go. Nothing was happening, and I realized that I was coming at it with my own mind. I was using words based on my own thoughts, trying to tell that demon to leave. So I actually stopped, pulled myself back, and reminded myself of my true position of authority; I am hidden in Christ, and I am seated with Him in heavenly places (Ephesians 2:6). Once I did that, and I positioned myself within Christ, I came back at the demonic manifestation.  I was able to cast out those demons, because now I was coming from the position of being hidden in the authority of Christ. 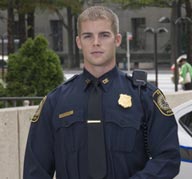 “I think of it like an off-duty police officer. If an officer were to try to use his authority while in his street clothes, no one would take him seriously. It is the uniform and the badge that cause people to respect a law he is enforcing” (taken from my book Triple Crown Transformation).  It is the exact same thing with us in a spiritual way. It’s like we are putting on the uniform of Christ, which gives us His authority. We are hidden in the authority (or the uniform) of Christ.

I really want to encourage you to learn to wear the God-given crown of authority. I talk about this quite a bit in my book Triple Crown Transformation. As a matter of fact, it is the second of the three crowns I talk about; wearing the crown of His authority.

If you’re interested in learning more about the book, Triple Crown Transformation,  click here . You will find information on the book itself, along with where to purchase it, or how to get it for free. 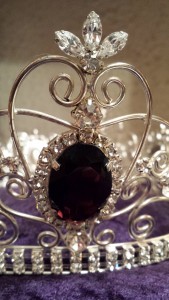